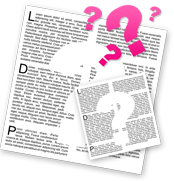 "Doel actually what you're looking for? You're clever, is not possible, work away from you" Uncle Hamid asked Doel, a bright boy Gandun, Pondok Labu area.

Who would not know the Doel. Ideals still so builders engineers, but what power, his late father only artisans selling banana leaves. Sometimes his father's hip nguli doel in Pondok Labu market. Today the Doel desperate migrated to the land wither, Malaysia. Si doel bet for the future.

"Uncle, I pray for blessing may be there Doel uncle did the same familiar, although they are linked only aged 3 years, but because Hamid in his extended family structure is the Uncle. Well, the doel because factors other than family, they were close friends.

"Well, I hope you succeed, Doel. Do not forget to Allah Subhanahu Wata'ala, because that's what you have now" Hamid's advice to the Doel.

Ten years after that, the doel is so famous. Hamid does not understand how could the famous Sanat Doel. Si doel uproar that shook the world of cross-cultural and religious, make Gandun family, especially her beloved sister, Salama, confined himself. Hate, longing and wonder-stirring mixed emotions shake Salama, Gandun belle beauties.

How not excited, if the Doel fame because he became the "terrorists".

"Bang doel, so why brother. And hoping bang doel Amah home with a lot of success stories that make Amah proud. Amah miss bang doel voice again when reading the Qur'an. .....!!! Bang Salama face down cover face with tears in his eyes.

Yesterday, ambulances with dozens of police escort came to the house of the late Haji Tholib, home of the Doel. Yes, he came back to Doel's home but already lifeless. Si Doel, "died" in his faith, after a poor cross into the whistle of bullets in Afghanistan, Iraq, and the last Mindanao. He died a martyr according to the belief some people.

And, the models Doel will grow to replace the doel who have "died a martyr". Because the virus has spread to the belief over the world with a variety of shapes and movement.
Posted by Kasmadi74 at 2:44 PM